Bound: started as a site-specific work, for the group exhibition ‘Explorations’, 2003 at the National Botanic Garden of Wales and in its first iteration was a lightening-blasted dead oak bound in white cloth.

With Bound consciousness of a rural environment was altered through something familiar being placed in an unexpected environment and in employing cloth a material we are intimate with draw attention to the body our own and that of the tree – in order to remind ourselves that we are not separate from nature & to foster a deeper awareness of it.

This first in what became a subsequent series called Bound, was on farmland that butted up to the Garden but it did not belong to it. My first rationale was to draw attention to the seemingly arbitrary decision of where to draw a line, a boundary, or fence – this side of a ‘tree’ or the other. The work raised questions regarding the land and its current and former use, where its function was declared, decided and imposed and the delineations of where ‘nature’ and the Garden started or finished.

Using cloth tightly wound around the tree – and subsequent dead trees across Wales – I created a change in the focal point of the landscape, raised awareness of – and offered a connection to nature, whilst drawing attention to issues of ownership, land use and boundaries.

The act of binding is as a human activity, a means by which things are connected, secured, held together, restrained and contained. Modern life lacks the ties to place, which our forefathers lived by. The world can seem fractured and fragmented, with many realities co-existing. Our connection to each other or to place is no longer necessarily shared or communal.

The temporary binding of a tree – can be seen as a metaphor for healing, manifesting a connection and continuity through a visual phenomenon that has the ability to connect people and local communities – becoming a shared collective memory.

Some farmers were tenants to absent landlords and the yellow tree Bound, Denbighshire had to be unwrapped as locals targeted it as a landmark through which to voice concerns over. So, my Re-Activation of a space became Re-Activated again through this action.

During the foxhunting ban – a dead fox was put in its branches. Shortly followed by wooden placards protesting against the rising cost of housing and fashion of second or holiday homes on Anglesey, which were making it untenable for local people to be able to stay or live.

Whilst it was not my intention for the work to be overtly political, I was interested when it was employed as a ‘visual voice’ in this way.

Bound was supported by a Creative Wales Award from the Arts Council of Wales. 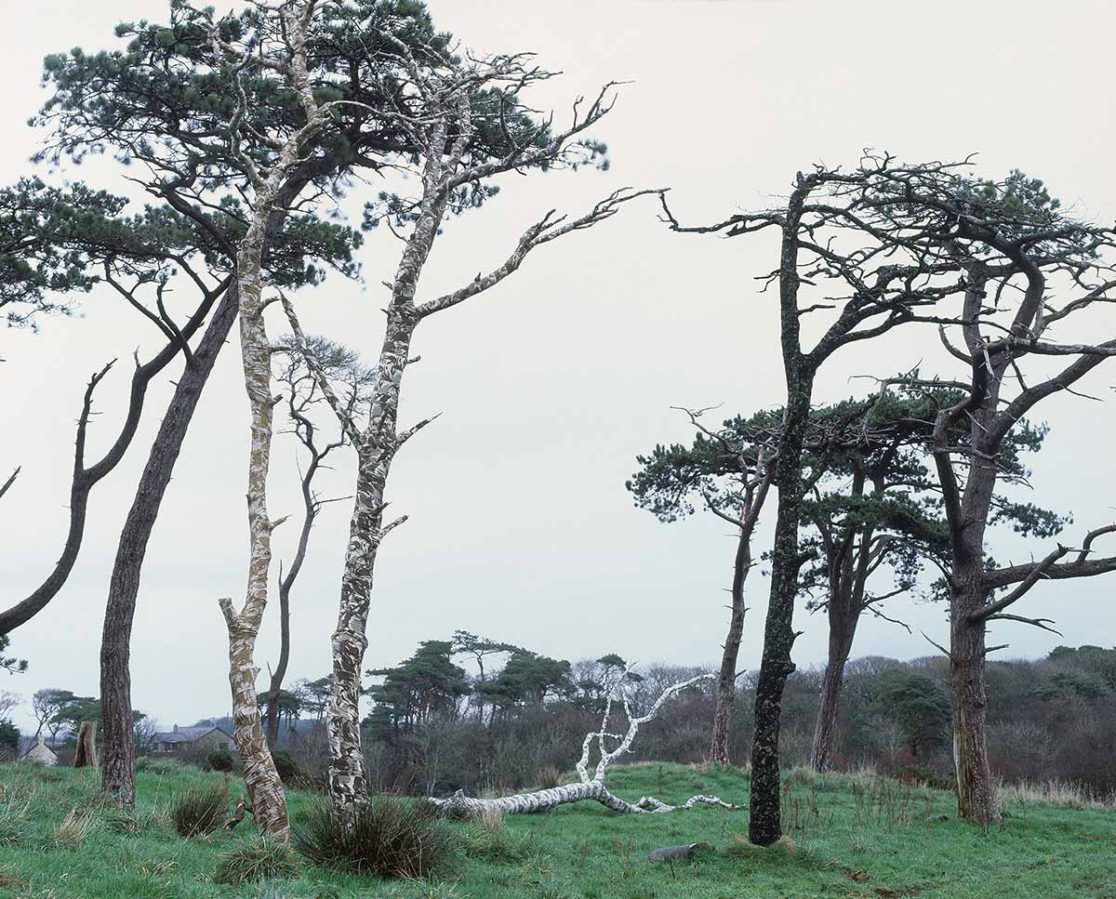 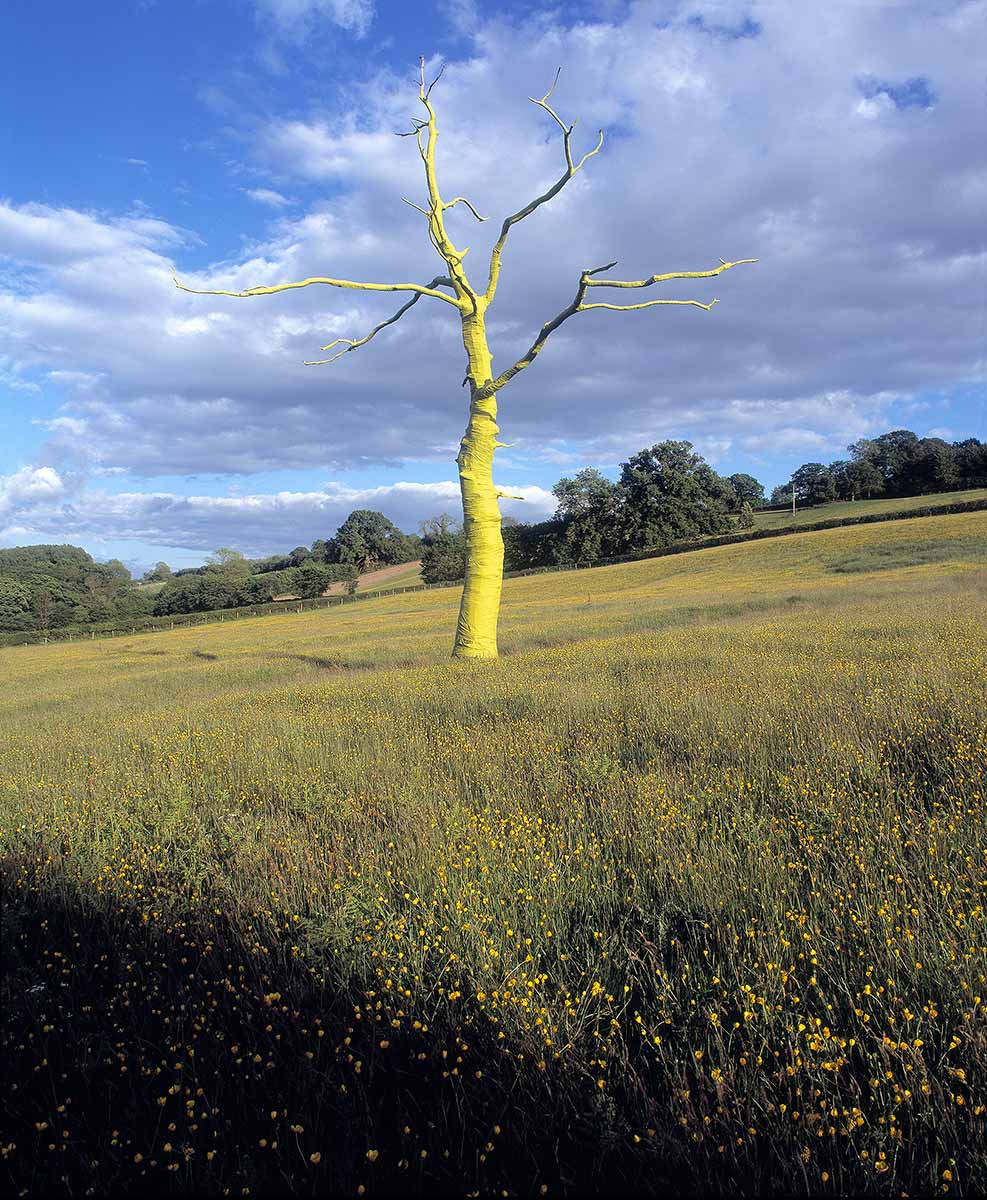 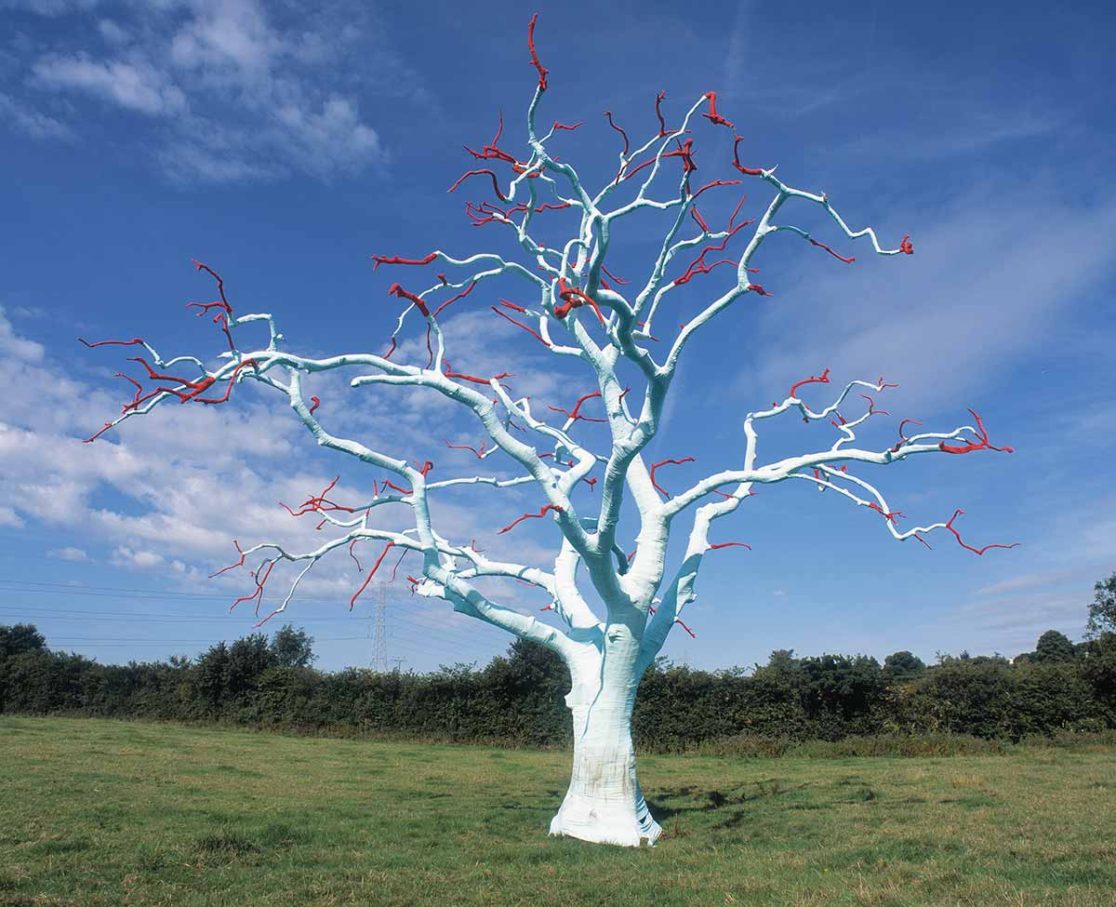 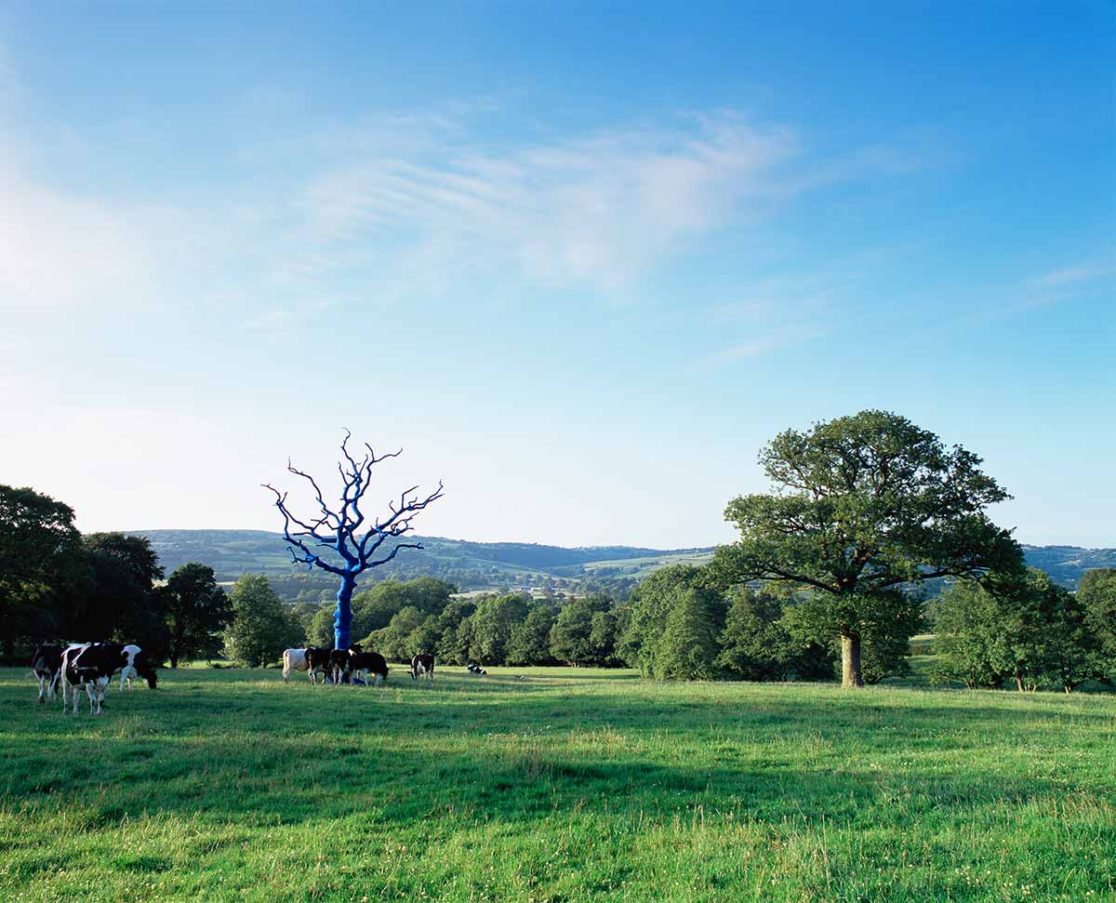 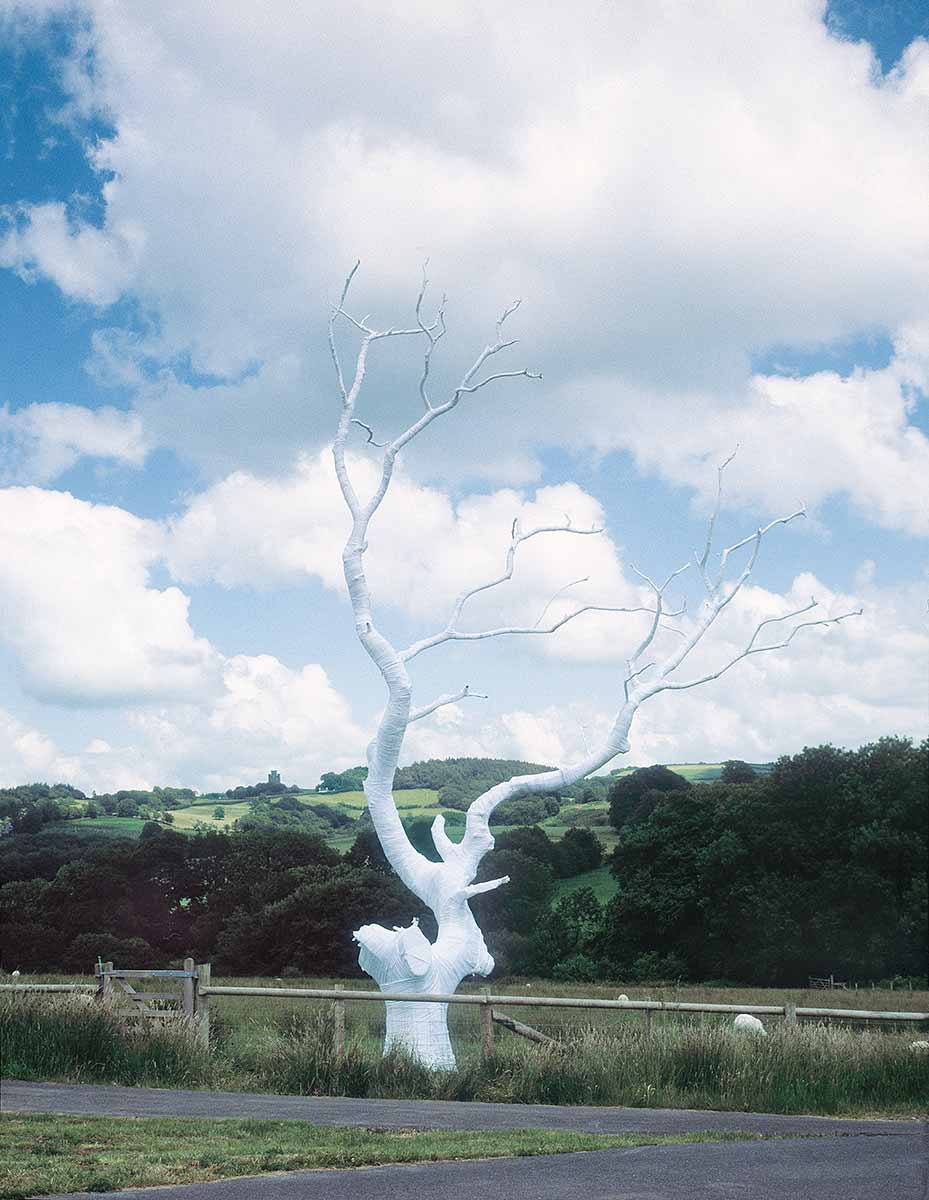 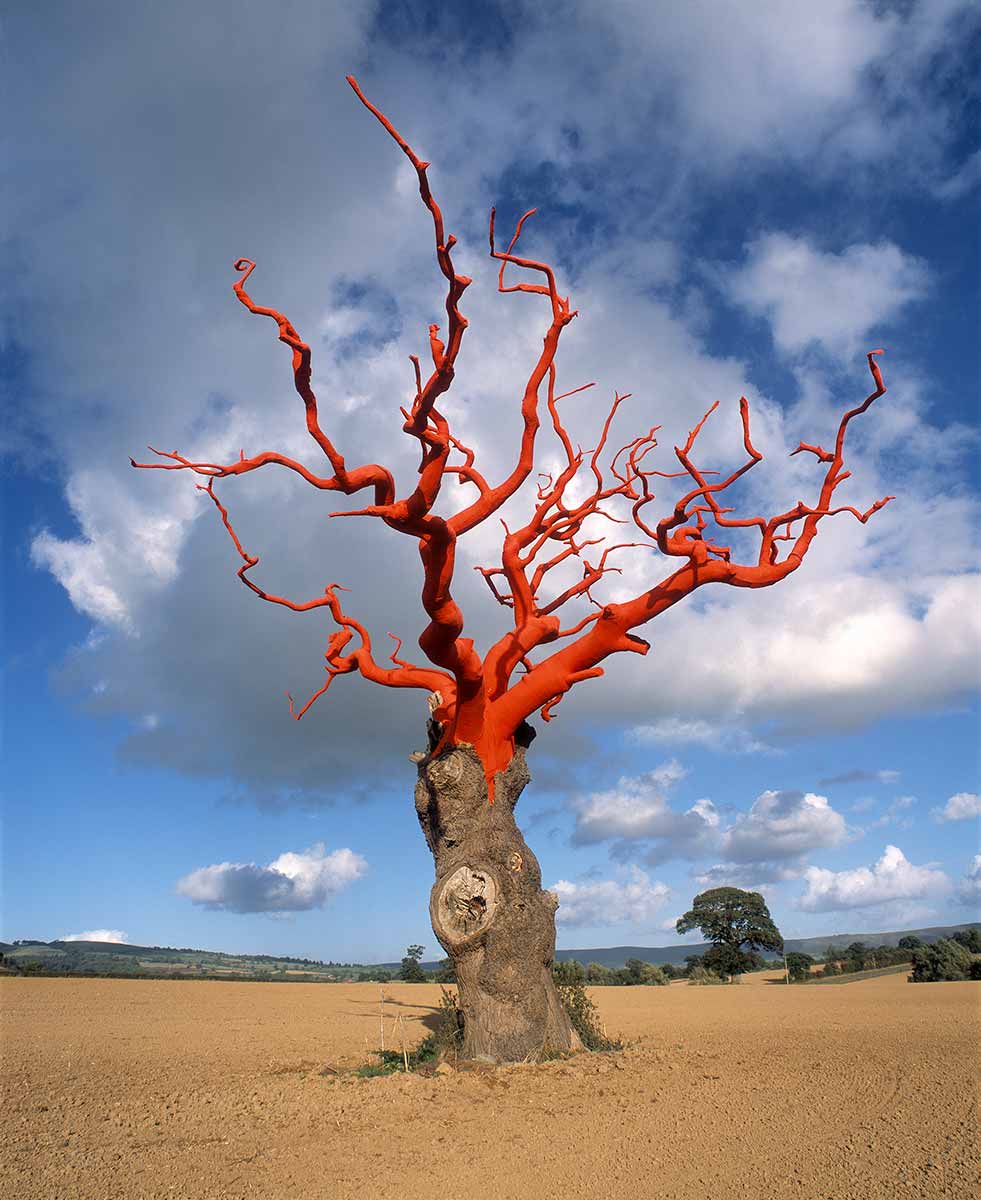 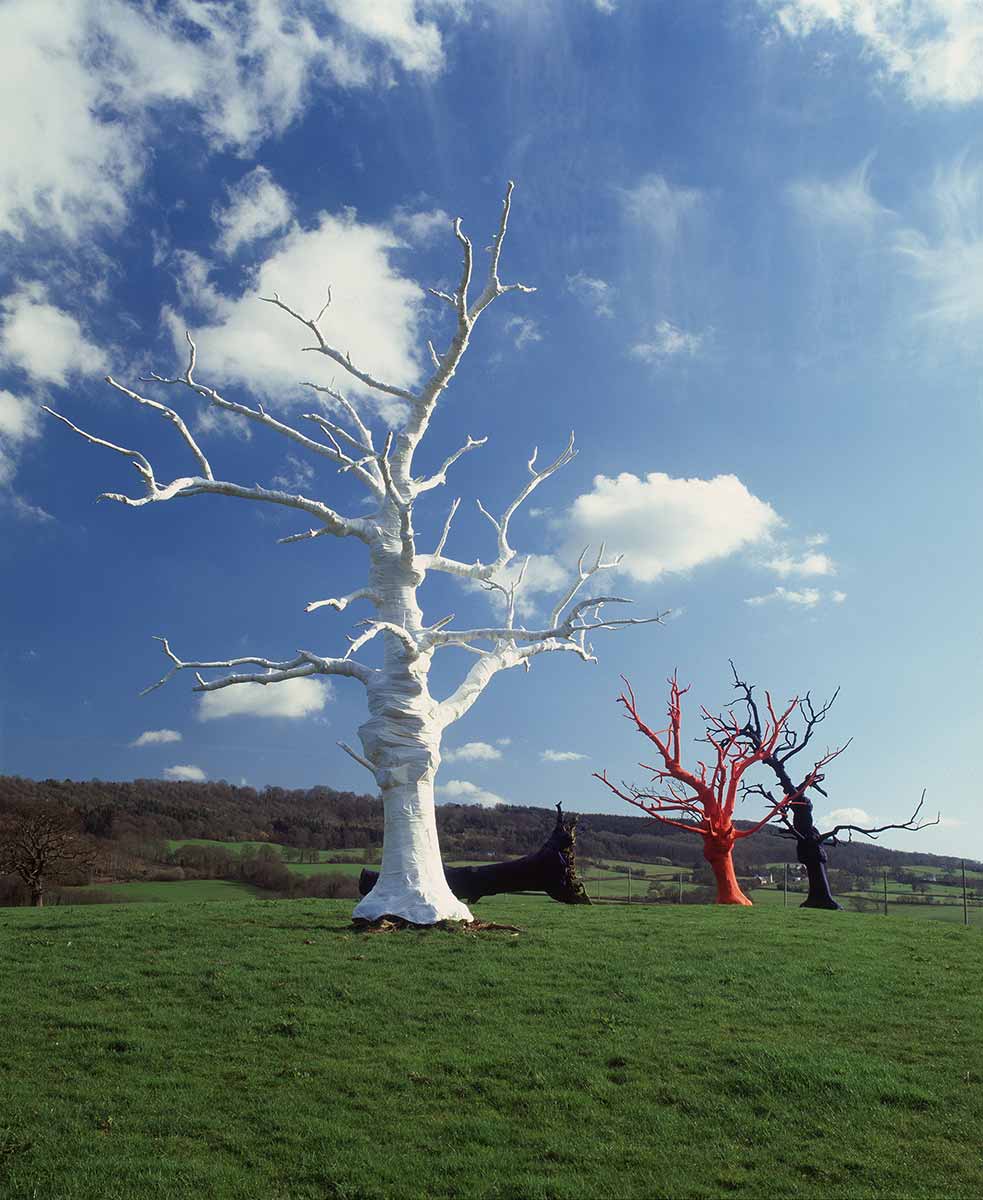 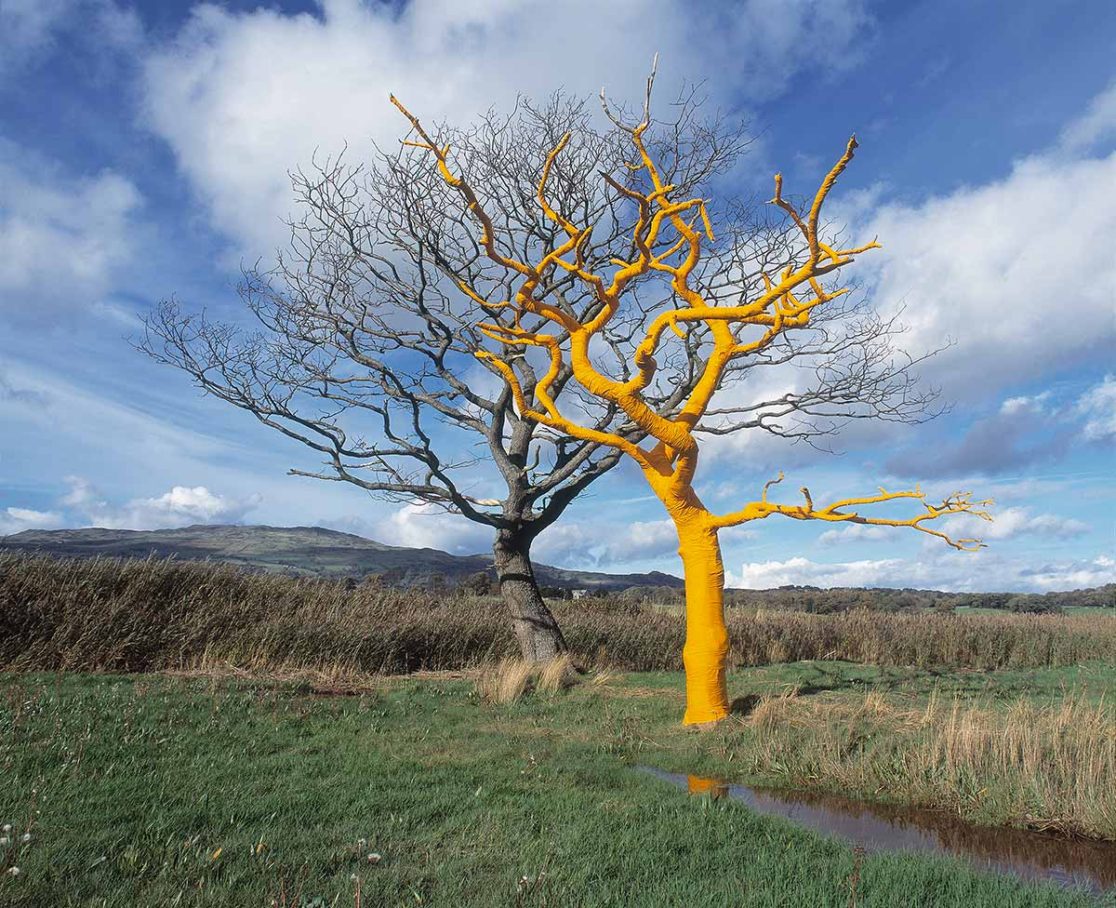